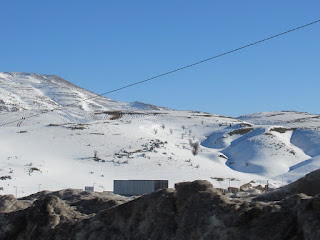 Up into the snow-covered Chouf Mountains...then down into the Bekka Valley near the Syrian border, dotted with Syrian refugee tent camps... 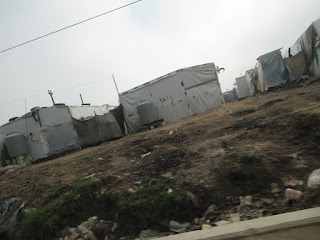 In Roman times known for its fertile agricultural land, the Bekka Valley has more recently become known as a center of political and military conflict:  it was the  main base for the Syrian occupation troops until they were expelled in 2005, and it was severely damaged in the 2006 war with Israel.

It is also the location of Aanjar, a UNESCO World Heritage site, discovered by chance in 1949, and unique in Lebanese history as the product of a Muslim sect (Umayyad caliphate) that existed for only less than 50 years in the 8th century (c. 700 CE).  Truly at the crossroads of the so-called "Silk Route", Aanjar had been a trading center with more than 600 shops and stands. 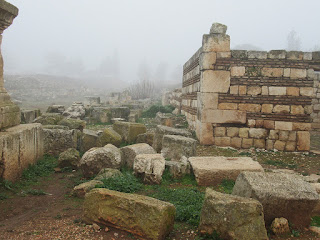 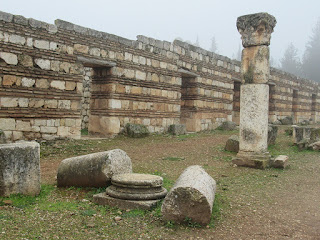 ...and the streets have a thousand  year-old drainage system that still works today... 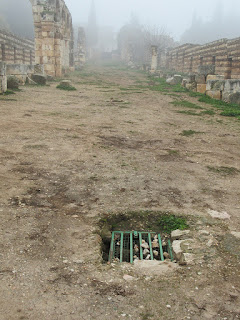 The  pièce de résistance, though, is the Grand Palace, with throne rooms, private royal quarters, and a secret exit for the caliph to go into the mosque.  I was fascinated learning how the palace was reconstructed, using mathematical computations based on the positioning of the fallen original stones. 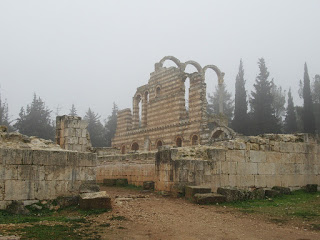 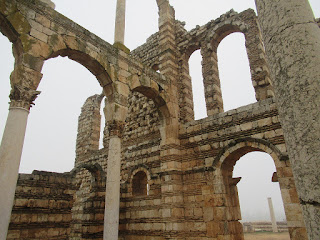 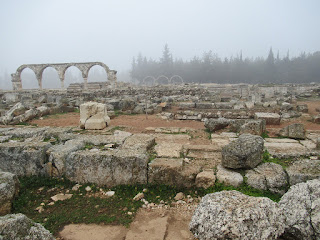 If  you look carefully at the wall below, you can see the different eras of reconstruction, based on the type of "mortar" that was used to affix the stones... 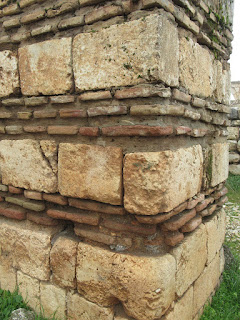 And this lawn only grows in winter! 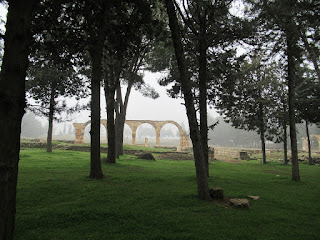 In addition to its proximity to Syria and its Aanjar Archaeological Site, the Bekka Valley has four other claims to fame, all in and around Baalbek.  Currently least significant is that it was once a major marijuana growing and trading region (given the fertile land and high unemployment). 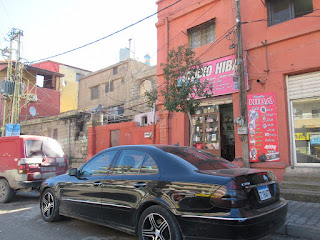 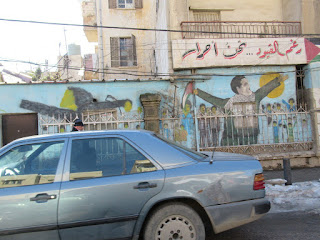 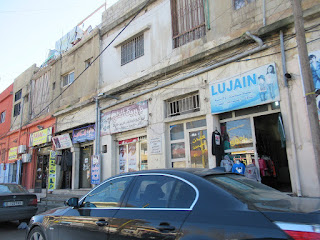 Third, Baalbek is "headquarters"(though nothing is visible) for the (Shi'a) Hezbollah political party and social welfare organization that is funded to a significant extent by Iran and is in constant armed conflict with Israel against their occupation of Palestine and encroachment on Lebanon. It also has a "frenemy" relationship with the Saudi-funded Sunnis.

Hezbollah followers are martyrs to some and terrorists to others. In this area, their soldiers are considered heroes for having defended Lebanon against Israeli incursions, and Hezbollah leader Hassan Nasrallah (pictured below), whose predecessor was killed by the Israelis, is lauded everywhere here. In fact, I heard no one speak against Hezbollah anywhere in Lebanon, and they even have seats in the Lebanese Parliament. 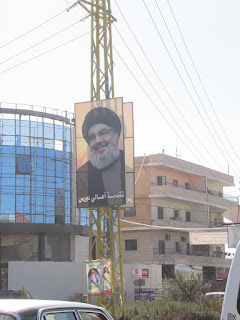 I can only say that contrary to my expectations, there was no sign of any armed conflict or "terrorism"in Baalbek (or anywhere else I went in Lebanon, for that matter).  There was security (and Hezbollah works closely with the Lebanese Army), but there were no troops in the streets or signs of military control, and passage through security was benign.  Certainly nothing to cause me concern or fear (well, except for once when I heard what turned out to be commonplace fireworks!).

The Baalbek claim to fame is, of course, its incomparable ruins -- also a UNESCO World Heritage site -- an enormous complex of Roman era temples that paid homage to the gods Jupiter, Venus and Mercury, as well as Bacchus.  In fact, the site may be much as 11 thousand years old, and it is truly astonishing!  Here follow just some of the many pictures I took: 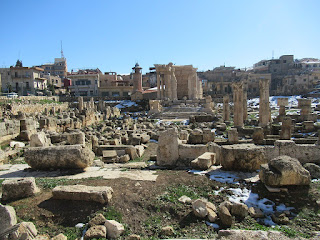 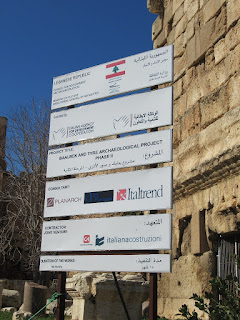 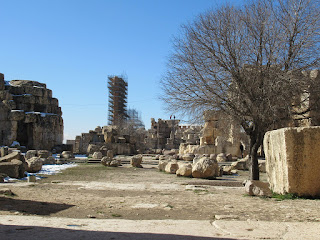 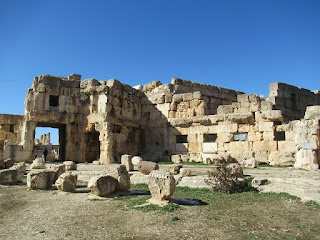 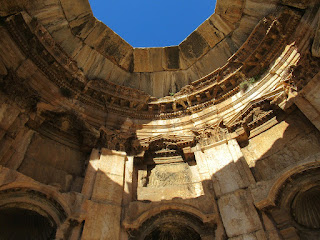 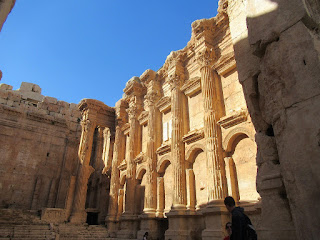 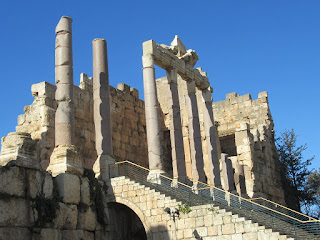