When we hear about the “Mayan civilization”, many of us think of an ancient “lost” culture that flourished hundreds of years ago and then mysteriously disappeared.  That’s not completely true, as I learned recently on a tour of Mayan sites in Mexico’s Yucatán peninsula, and Guatemala.  Many descendants of the original Maya still live and worship to various extents traditionally and are eager to share their ways with visitors.


The site is dominated by the “castle” pyramid, constructed to not only produce echoes (as demonstrated relentlessly by clapping tourists) and solstice and equinox light changes, but also to symbolize Mayan spiritual beliefs, such as the number 9, referencing the number of days it takes corn to germinate, or the feathered serpent.

Corn (maize) is still a staple in the Yucatán diet; in fact, the dough for the tortillas served with every meal still contains a bit of limestone powder to give it robustness.  Despite a limited number of basic ingredients, though, the cuisine is extraordinarily versatile.

More serene and less touristy than Chichén Itzá, are the ruins of Palenque, originally discovered in 1773 and set in a lush jungle that was originally part of Guatemala, but now is in the Mexican state of Chiapas.  Here, lack of rain has never been a problem.  In fact, it is estimated that only two percent of the once great Mayan city has been excavated because of the extensive and fast-growing vegetation. 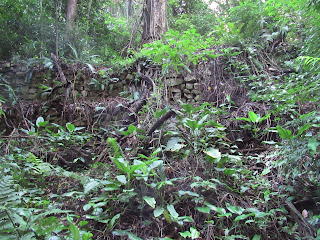 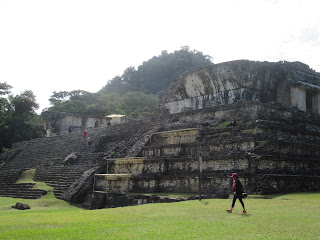 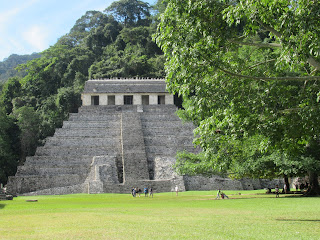 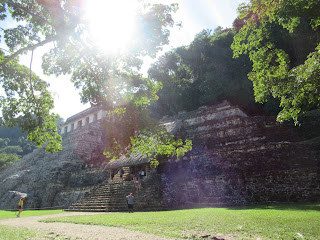 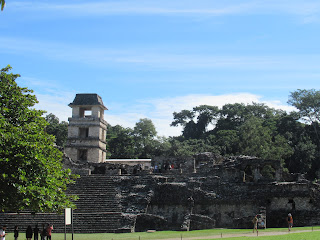 The ancient Maya built aqueducts in the jungle to redirect the water and actually had toilet facilities; in fact, a drainage canal system discovered at the bottom of the ruins contained traces of charcoal, suggesting there was even a filtering system.


Even more interesting to me than their architecture, is the Mayan belief system and traditional customs. 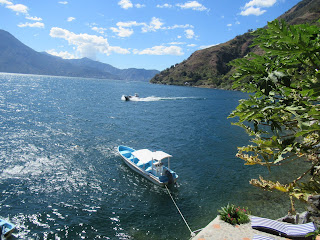 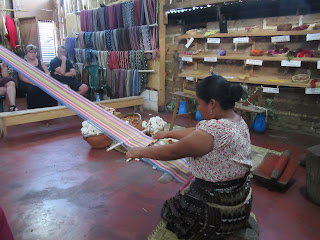 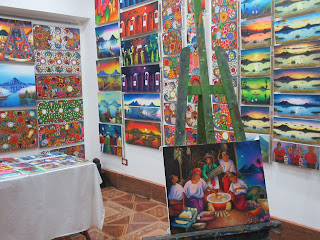 When the Spanish Catholic missionaries came in the 1500s, their brutal, forced conversion of the natives included burning some one million Mayan documents, so the written records of that astonishing civilization are few.   Nevertheless, we know that the Maya appreciated and even worshiped the “different”, the opposite of what we today would consider “beauty”.  They thought demons and monsters represented the power of the underworld; they admired the unnatural in a natural world and thought the deformed and the crippled were special. To them, albinos (often the result of incest), cross-eyed women and flat-headed faces were beautiful.

So, with all this knowledge and ability, why did the Mayan civilization die out in around the 10th century?  There have been many theories, but the current predominant one is that their success as a sophisticated culture was also their undoing.  It is now believed that through deforestation – by using wood to make the fires to heat the limestone to make the stucco – the Maya created an environmental disaster that left them without the means to survive.  A cautionary tale, indeed.