In the final analysis it was a "triple A" experience:  adventure, adaptation and, especially, the art.

I'm leaving France after a year and a half and moving back to the U.S. to re-settle in a less lonely, less rural,  larger town where I'll be less culturally and language-challenged, and have more accessibility  to friends, grandson and activities.  However, I don't for a minute regret what I have learned, done, experienced or spent here, and I shall deeply miss the charm and beauty of France when I return to the banality of the U.S.  I'll also miss living in a country where the public good is considered and matters, where health care coverage is a given, where gun-toting isn't considered a "right",  and where quality of life carries more weight than capitalism.  Sadly, however, both countries bear the burden and wear the stain of bigotry and intolerance for "the other", and France has as many social and political issues as does every other country.  It is not nirvana here, and it was much more reality than "living the dream".  Nevertheless...

The adventure was superb. I drove and traveled by train through so much of France, visited countless hamlets, villages, towns and cities and got lost on so many rural roads -- much of which I've documented elsewhere in this blog. I've spent hours in the countryside, along rivers, at lakes and ponds, at the Atlantic and on the Mediterranean, in gardens, fields and farms, ancient ruins, museums and historic houses and châteaux.  I've been to fairs and concerts and expositions and historical sites that amazed and touched me.  Paris became an extraordinarily ordinary day trip and I was able to use it as a base for traveling elsewhere internationally.

I've learned so much about the country, its culture and customs (much more than I'd known from having just come here numerous times as a tourist),  the language, and its people. I've made many acquaintances and a few friends.  In chasing after the French heritage I had been falsely taught was mine, I found the France that really is.

Indeed, every day was an adventure: I woke up each morning slightly (or more) apprehensive about what I needed to do or where I wanted to go, and went to bed each night at least relieved or at best proud that I had overcome my fears and misgivings and had accomplished something new and different.    However, when the adventure came to an end, there just wasn't enough to keep me engaged and moving to a larger French city wouldn't have addressed all the issues. It was time to go.

Adaptation isn't easy. Perhaps first and foremost, I learned what it takes to be an immigrant. Even though I spoke French fairly well and had some familiarity with and appreciation for the country and its culture, and I didn't have to work or raise a family or run a household, daily life was fraught with challenges.  As an immigrant, everything is either slightly or significantly different from that which is familiar, and I started with nothing and did it alone. I had to learn the systems, logistics, and always new vocabulary for, for example, setting up a bank account (getting money out of U.S. brokerage accounts was a nightmare), renting a house (a truly wonderful place in Argenton-sur-Creuse), buying a car and insurance and having car maintenance done, buying appliances (they don't come with the rental) and furniture and household necessities and shopping for food and going to the doctor and getting prescriptions filled and...!  I had to establish legal residency and get national health insurance (thank goodness it was available). France may well be the most frustratingly bureaucratic country in the world, and every step involved repeating steps already taken.  But, à la fin, I'd created a home for myself. 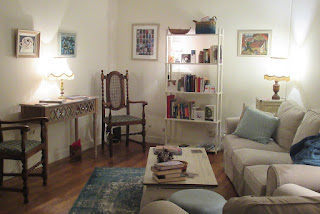 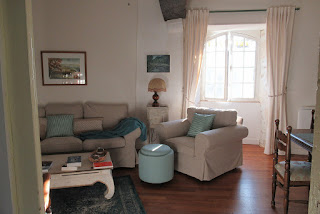 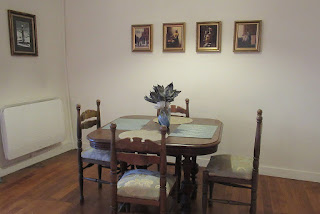 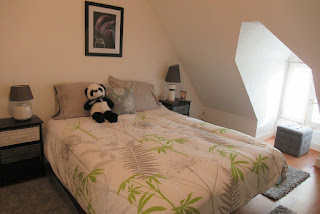 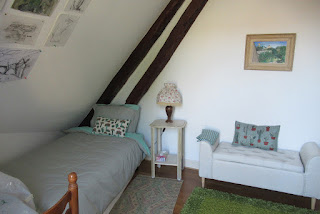 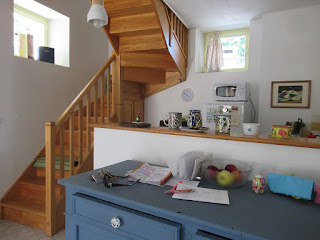 It was, though, the art that captured and captivated me, and will forever remain a part of me.  From visiting museums and expositions and churches... 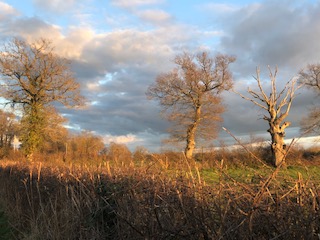 ...to following in the footsteps of 12th c. Queen of England and France Eleanor (Alinor) of Aquitaine... 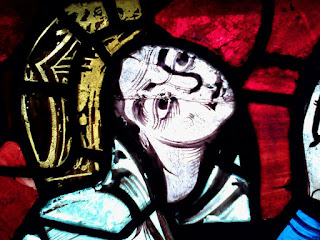 and 19th c French female writer George Sand (and even stumbling upon a Joan of Arc site)...to exploring the length and breadth of the "Valley of the Painters" in which I lived, to having a brief and unpleasant personal relationship with one such painter... à la fin, it was all excellent.

I profited from all those experiences and from all my teachers, especially my painting instructor Janette and my drawing coach Glyn and dear drawing "mates" in our La Souterraine group.  We've decided to call my sojourn, "lived in France for a year and a half to study art" -- which pretty much turned out to be the truth. 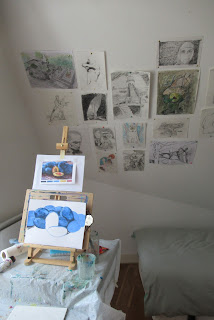 I learned how Monet painted here and stood at the scene...
I learned how to understand art in nature, both through the colors Peter helped me see and in Christine's French writing workshops.  I learned how to draw, vastly improved my acrylic painting techniques, tried oils with Madeleine, started portraiture and learned how to use my hand and arm as well as my eyes.


There is still much to learn and many more drawings and paintings to do.

Living in central rural France was a gift I gave my soul.  I think Gary would have been proud.  I know I am.  There was always something to learn, experience, appreciate -- and in the distance, if  you looked hard enough, there was always a château, that marvelous bit of French fantasy that never failed to draw me in and make me smile. 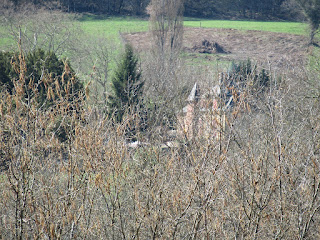