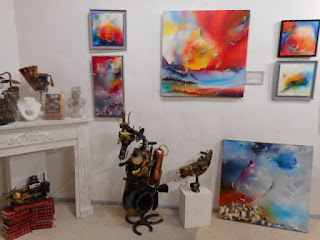 I had picked up  -- somewhere -- a flyer publicizing "Galerie Vanderlick -- Artiste Peintre (artist painter) -- Visite de l'Atelier (workshop/studio visit) -- Univers des voyages, Chaleur des couleurs, Association des matières (universe of travels, warmth of colors, mixed media)".  I was intrigued.  Although I wasn't currently interested in enrolling in Sandra Vanderlick's half-day painting course, I thought a visit to the studio in the small village of Rancon sounded like a good idea -- especially since it was less than half an hour from where I was meeting this morning (March 2, 2018) with the car insurance agent in Bessines-sur-Gartempe.

Note:  Here in rural France, half an hour is considered the least amount of time it takes to get anywhere! Someone told me, "We say you get the first half hour for free".  Of course, at $7 + per gallon of gas (appx. 1,50€ per liter), no car trip is "free!".

I wound my way through the twisting rural roads, with the light from a new spring aching to be released, past fields and farms, forests, lakes and ponds.  Truly, I am rather amazed that I can do this driving (including around the sharp corners and narrow streets of medieval villages), especially since one is NEVER alone on a rural French country road.  You may think you are, but suddenly, someone is on your tail, determined to pass you and go even faster.  And then just as suddenly, they disappear! 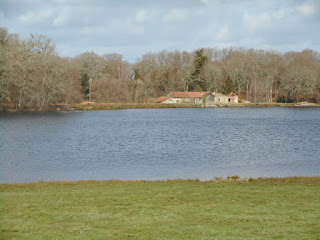 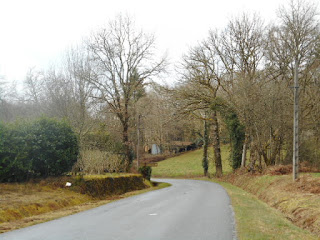 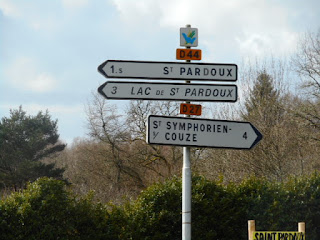 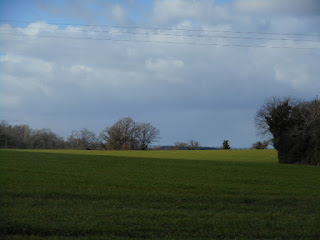 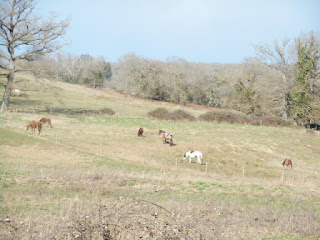 Rancon is your typical French country village -- not much there, not even a restaurant. It is, though, a site for a "Lantern of the Dead" (of which I did not take a picture).  It's also the site of a Buddhist retreat! 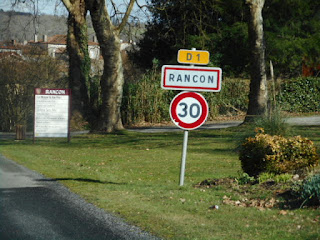 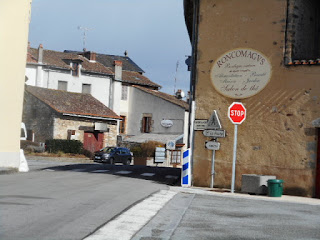 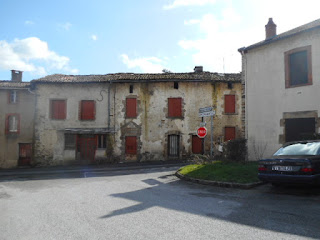 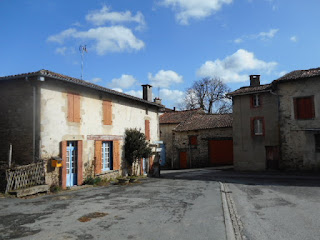 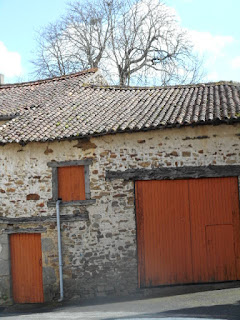 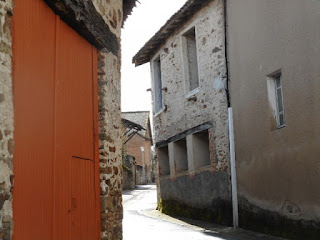 Galerie Vanderlick appeared to be the only open establishment on Rue des Marchands de Vin (Wine Merchants Street), with a welcoming sign announcing that "admission is free".  (That always amuses me; I suppose  it's to distinguish a gallery or store from a museum that might charge admission.) 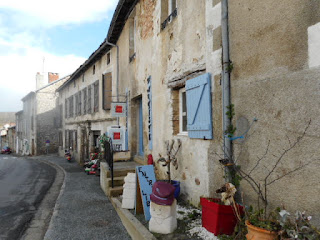 But there was nothing typical about either the contents of the interior, or their creators! 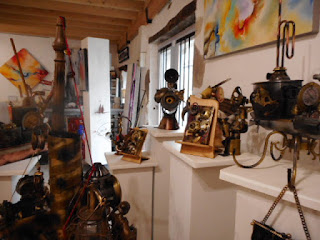 Sandra Vanderlick is the painter -- gorgeous, colorful oils (primarily) that she blends with her fingers, and then often adds cityscapes, far in the background, using a palette knife, thus giving her work a multi-textural appearance.  She also does collages, using antique fabrics and other materials;I particularly liked one that had a very Arab appeance to it, though sadly, my picture didn't come out well. 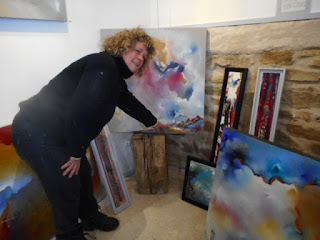 It was Sandra's son  Léo's "steampunk"sculptures, though, that blew me away -- discarded or "found" antique items, most often "horlogerie" (clockworks) that he solders to metal backings, and then affixes other materials.  While his ship and animal sculptures are astounding, it's his jewelry and book covers that truly won my heart.  The books are real antique books,  now with VERY HEAVY front covers.  I opened one, and it was a 19th C (I think) collection of award-winning play scripts.  Leo studied what apparently is known as the "steampunk" style of art for only one year, and has been creating it for only four.  I was so impressed!  (He doesn't have a web site yet, but on Facebook he's: Créations steampunk Léo. 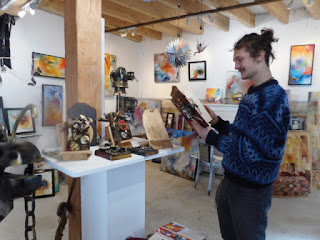 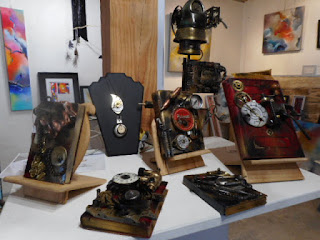 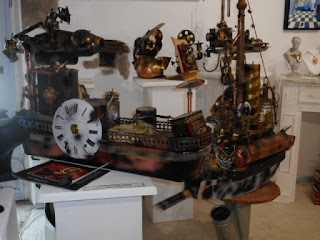 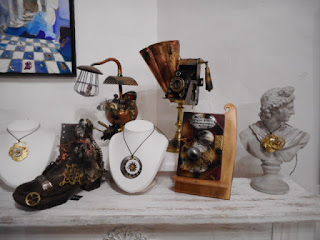 The three of us chatted and as usual, they were complimentary of my French (people are very generous that way), and Sandra asked if I spoke any other languages.  When I told her a little bit of Arabic, that I'd studied it on and off for a while, her eyes got very wide.  Uh, oh, I thought...am I going to hear some anti-Arab diatribe.  Quite the opposite.

Sandra, her husband (whom I didn't meet, but who makes custom knives) and Léo are all Arabistes and Africanistes, particularly north and west Africa.  Her father (or grandfather?) was born in Algeria when it was a French colony, and because of that she has always had an affinity for that country.  She and her husband were traveling (by car, as they did most years) in Africa while she was pregnant with Léo, and decided to give birth in Benin (second country east of Ghana).  The family makes an annual pilgrimage to Benin, where they have another home.

With our African and Arab interests in common, Sandra invited me into another amazing space -- upstairs at the atelier, where they have a museum set up with artifacts from their extensive African travels.  Sandra is particularly interested in beads ("perles" in French); she has an impressive collection (including some very valuable antiques) and has a huge poster depicting the beads by centuries -- and I mean CENTURIES -- from 'way before the Common Era.  She pointed out the really rare and valuable ones, and the ones that were traded for slaves prompted a conversation between us about valuation of "currency". 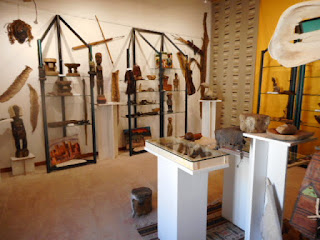 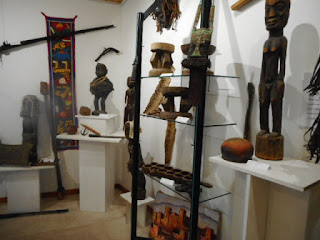 I was so warmly received, and learned so much.  I felt so very lucky to have had this serendipitous experience.