First time to Paris this trip and umpteenth time there, but this was a one-day overnight stay that cost me just €36 RT on the train with my senior discount card (60+)!

Shabby hotel in a crummy section of Montmartre (chose it to be cheap and near where friend was staying); froze overnight because I didn't know there was a radiator control; cold, windy and rainy. But I was in Paris!

Had a lovely afternoon yesterday with John Wilson from Pennsylvania (who's traveling with family members); a great Italian lunch with him in that crappy area; a long, architecture-admiring walk to the "Monet museum" (Marmottan in the Bois de Boulogne), only to find it was "specially" closed that day!

We took pictures in a park (we were told the statue is of Beaudelaire, but I have my doubts), then went to a bar/café for wine and conversation just as the Eiffel Tower in the background was starting to light up. Since we both know and love Paris, neither of us needed to go to any tourist spots.  ADDENDUM: I was right! Statue is of fabulist (fable writer) La Fontaine.

John planned to go back to the museum today, but I chose to follow through on my plan to see the famous covered passages in the 2nd arrondissement (not far, actually, from where my grandson, Keaton, and I were two years ago), which is also the garment (wholesale and retail) district, as well as food (famous Montorgueil street) and the arts.  Now my favorite arr. !

So these are some pix from yesterday and today (including one of Starbucks, and one of my salad today) in Paris -- now just a less than 3 hour train ride away! 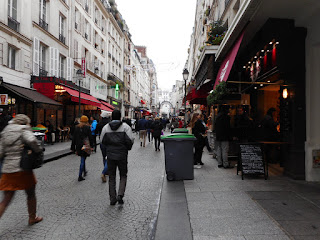 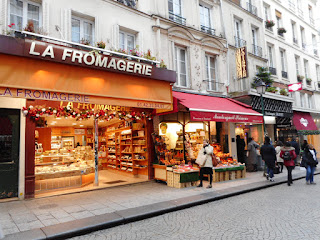 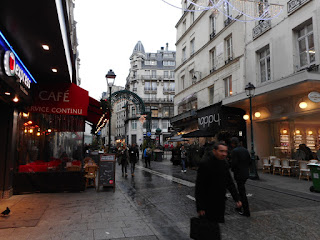 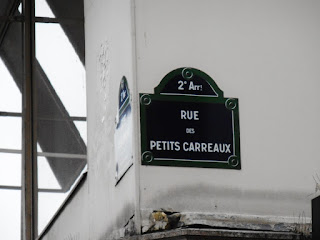 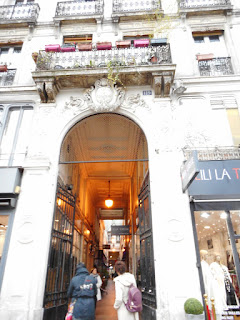 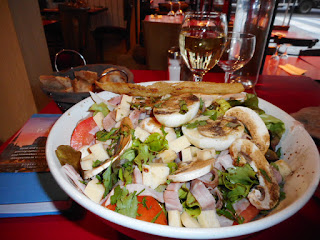 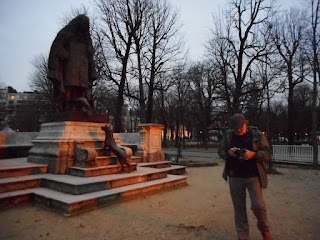 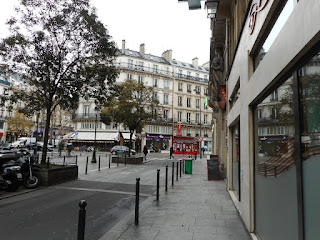 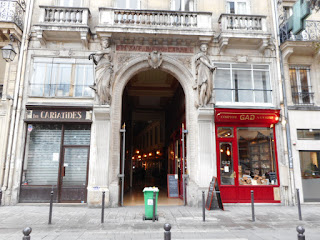 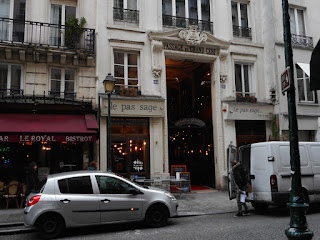 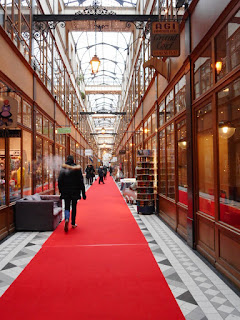 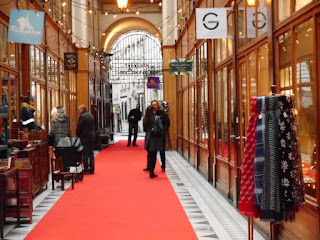 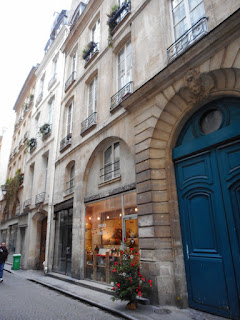