December 03, 2017
It started Friday, which was the first day of December, and the first snow.  Every scene in this rural landscape was more beautiful than the next with the ice crystals sugar-coating the brush; the snow highlighting the brown and dark green of the wintering trees; and the farm gates, fences and equipment drawing fine lines and shadows on their white canvasses.  I was fortunate to have a "comrade in photographic arms" in Caroline, who loves the snow as much as I do, and is a better photographer than I (the stream one below is hers).  We were like little children, laughing and running from one "ooh" to the next "aah", snapping away.  We had been invited for coffee to the old mill home of Alison and Alan, and there foundplenty of artistic subjects along the stream, on the rocks, and in the trees. 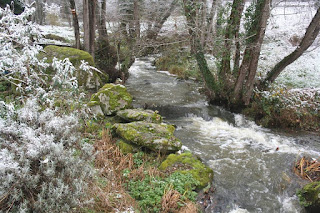 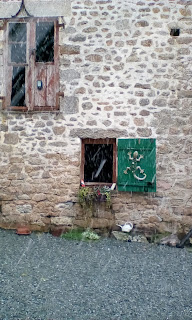 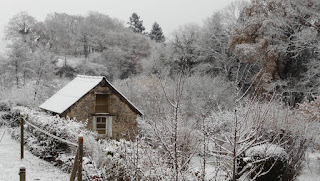 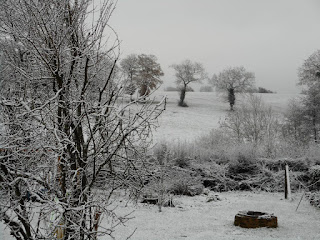 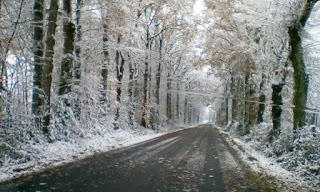 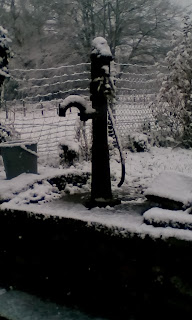 Afterwards, it was back to Caroline's home for some more artistry - this time my nails:  my first false nails ('way too long!), first French manicure, and the first season for her green leaves and red berries design -- with some added sparkle on the thumbs.  I can't type worth a damn, but a bartender commented on them last night! 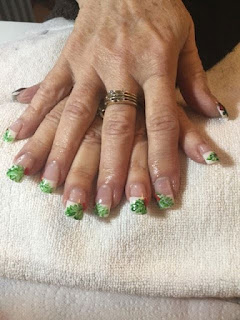 Yesterday (Saturday) morning, it was off to St. Yrieix La Peche, a charming, sizable town with a great medieval center, to meet Peter just beyond, in Le Chalard, where we visited an 11th C church "along the route of Richard the Lion-Hearted". 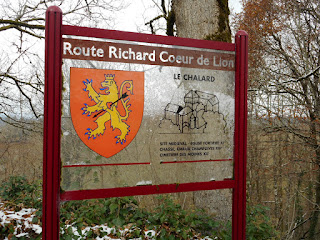 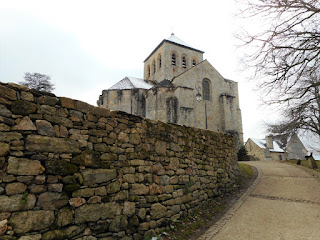 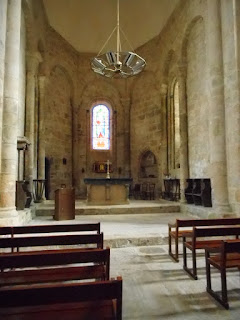 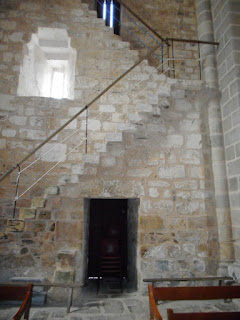 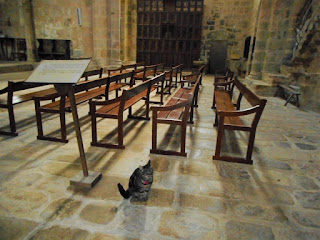 Lunch in the delightful (if a bit over-decorated) ''Chateau de Gateaux" (Cakes Castle) English tea room in St. Yrieix, were we warmed up with a pot of tea (with milk, of course; this was English tea, and Peter is English). It turns out this is also a B&B with one bedroom and sitting room including continental breakfast, and where I spent the night. 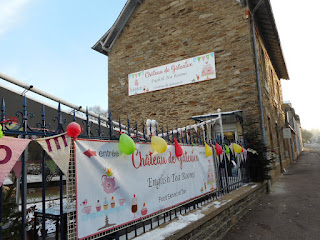 On to a REAL chateau in Jumilhac, though not open to the public in winter. 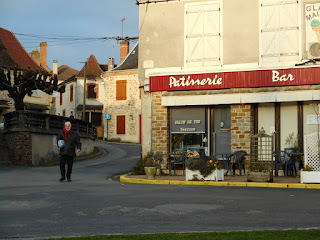 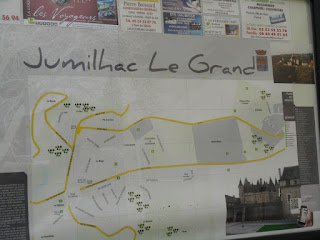 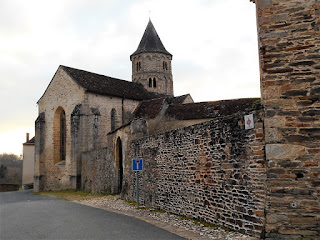 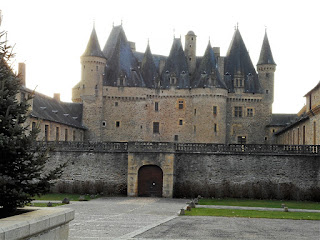 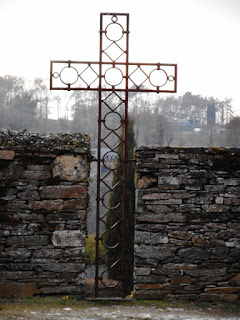 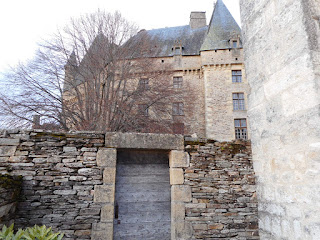 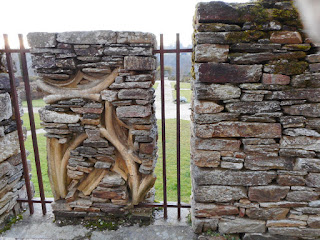 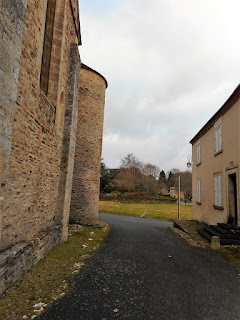 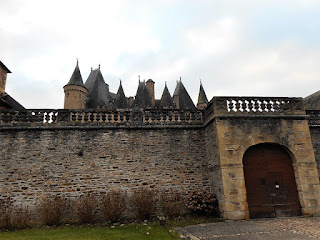 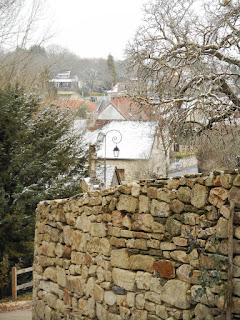 Peter gave me the driving tour (I was actually driving, since his car needed repairs) of St Yrieix, which included our popping in at an old (of course!) church to hear an impressive French folk singer rehearse, then to two pubs, the earlier one for wine (me) and beer (him), the latter one for coffee and beer, and to hear owner Marco "serenade" me with some song about "Paulette" being queen of the veal rounds.  I'm not kidding: it's Paulette la reine des paupiettes (1968)".  A day filled with new sights, experiences, fun and laughter -- and yep, nice good-night kisses...

Drove back to Mailhac this morning, after a long conversation with Jackie at the B&B about the challenges of  buying a property and opening a business in bureaucratic-strangled France.  Showered and changed and then went next door for a great couscous lunch made by Sam, of Moroccan Berber origin, followed by Linda's superb dessert made with fruit and mascarpone (Italian cream cheese with a slight citric flavoring).  Lively conversation (in French) with them and their friends Lilliane (I think) and her husband, Jacky -- and then we three women went to the Christmas Market in nearby St. Sulpice les Feuilles.  Not a great market (this is a street market, and they're in almost every town and village in France, though the one in Strasburg is best known, I think), but still fun (forgot to take my camera!). I had amusing conversations with several people; everyone is SO nice and so helpful when I search for the right word or expression in French. I got a stuffed panda that I'm calling "Romain" after the guy who sold it, who works at the local Carrefour "express" market and with whom I joke all the time...and an adorable, hand-made mouse? porcupine? made out of cut book pages, which seems to be a popular craft here.  You put pieces of paper (e.g., bills or recipes) between the pages. Also a baguette for tomorrow's lunch here with Rachel from St. Vaury -- that turkey-rice soup I made a few days ago.

Everywhere I go, there is laughter, and a warm welcome.  There never was enough of that for me in the U.S.