November 16, 2017
I'm starting to get in touch with the nitty-gritty of life in France; only three weeks in, but things are starting to become clearer, less "foreign", more grist for the mill by which I'll decide whether and where to stay.

Today, for example, could have been a day anywhere in the world; it's the kind of day I've had in California, Indiana, the three cities where I've lived in Pennsylvania, in the three countries in Africa where I've lived, or in Silver Spring, MD.  First a doctor's appointment -- a consultation with a local general practitioner to find out about my prescriptions and a reference for an opthalmologist to follow my post-surgical eye.

On the plus side:  doctor is readily available, very affordable (consultation was only €25, maybe $27); drugs cost a lot less (e.g., if I hadn't had insurance in U.S., one of my drugs would be $400+ a month; here it's $69, and that's without insurance); health care will be available to me after three months living here.  On the negative side, I was surprised that the doctor told me France is short on specialists, so I would have to make an appointment at the hospital in Limoges (more than half an hour away) to see an opthalmologist, and I'd probably have to wait a month to get (here they say "take") an appointment.  (On the other hand, I found one listed for the town closer to  me -- La Souterraine).

Had  my hair done locally, and it's a great cut/style and cost for color/cut/styling about $60, compared to the $100+ I paid in Maryland.  On the other hand, I'm paying fees for getting cash from ATM because it's hard for Americans to open a bank account since the advent of new laws designed to protect us from security breaches; apparently it's a hassle for the French to fill out the forms. (What a joke: the French adore IMPOSING forms and bureaucracy and useless paperwork!)

Then it was back to the supermarket -- one with fewer items but better prices, then  another for items I couldn't get at the first.  I'm learning what the products are, comparative prices, best sources.  I'm still a newbie at this, but as with relocating anywhere, you learn from recommendations and your own trial and error.  Food is reasonably priced and butter -- the cost and shortage of which was big news for a couple of weeks -- is now back on the shelves and costs less than in U.S., as do bakery products, coffee, wine of course, and dairy.   (Note:  I was going to keep tasting notes on wines (easily purchased in supermarket) purchased for less than €5 a bottle, but frankly, my wine-tasting buds are not very sophisticated, so they all taste good to me!)  Meat and vegetables are about the same as in U.S. -- though meat perhaps a bit less, especially when there's a good deal (such as the leg of lamb I saw today for €7+!)  It's also fun to see signs for fruits and vegetables saying they're from elsewhere in Europe, Africa and Middle East. 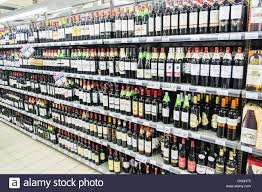 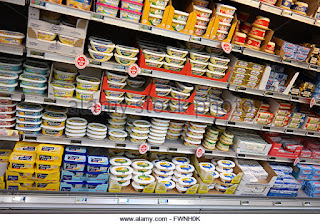 After all those errands, I stopped off (second time today) to chat with  Pierrette, who owns the local "Presse" (newspapers, magazines, books, office supplies, plus a small salon de thé) about French customs and dating (same issues this side of the pond!), and then home.

As I said, could be anywhere in the world -- except I'm in France, and have to consider a number of factors as I explore, connect, and consider putting down roots.