January 31, 2019
There are, apparently, 79 Bible verses about Lebanon and 46 of them about the cedars of Lebanon, one of only three cedar species.  There aren't too many forests left in Lebanon of these giant, broad, long-living, revered trees,  though the oldest ones are in "The Cedars" (Arz al-Rab in Arabic), some 5,000 feet high in the Qadisha Valley (I know:  high altitude and the word "valley" don't seem to go together...).

The national emblem of Lebanon (as seen on the flag shown in Part I of this blog series), the cedar has been prized for its high quality of wood, oils, and resins for thousands of years.  Its heyday was about 3,000 years ago, when it was used by the Phoenicians to build their ships;  King Solomon  used  it to build his temple in Jerusalem, and the Egyptian pharaohs used it for their ships and temples (and the resin for mummification).

It was too cold, snow-covered and icy for me to want to get out and walk around the forest, but I was honored to receive the gift of a cedar cone from an elderly souvenir salesman.  The cones are almost perfectly egg-shaped (though much larger), and oddly grow upward (photo from internet; mine ws sitting on a shelf in  my kitchen in France as of this writing). 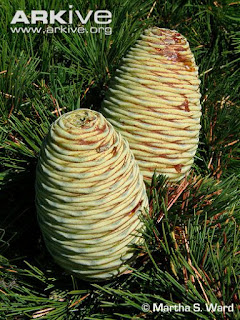 Continuing into the Qadisha Valley... 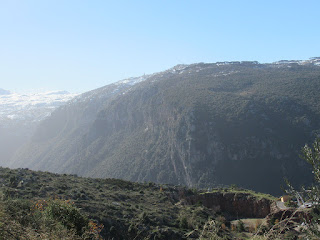 ...up ito the isolated Deir Mar Antonios Qozhaya, or St. Anthony's Monastery -- an extant religious community carved into the rock.  There is a cave where it is said those who were "mad" were chained, and if they were "cured" by St Anthony, they could break free from their chains. My guide, Rabih, was skeptical about the whole story, much less its historical accuracy.  Nevertheless, it made for a quick, interesting view, especially to see the Arab world's oldest printing press (c. late 16th century CE, about 50 years after Gutenberg invented his version). 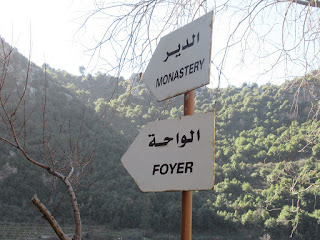 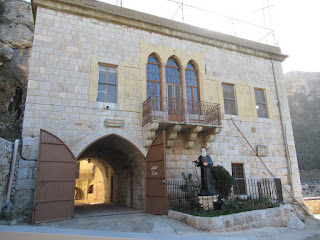 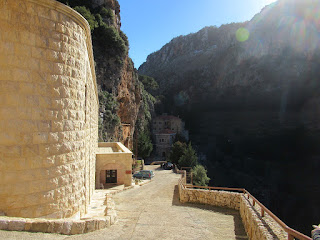 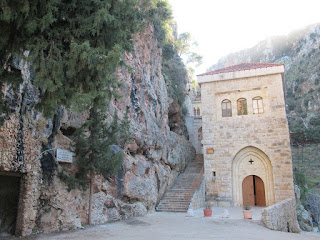 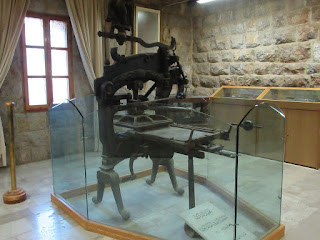 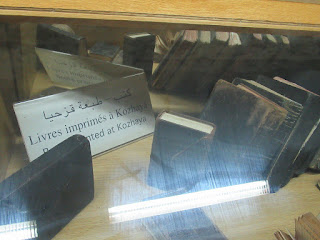 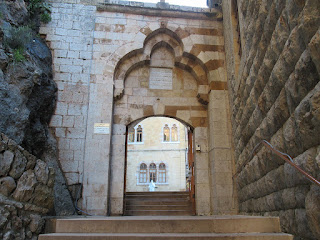 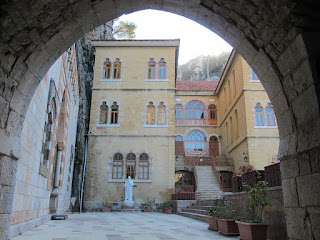 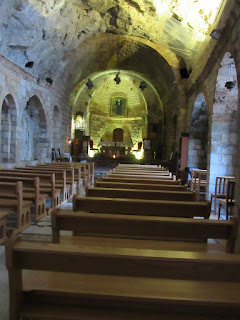 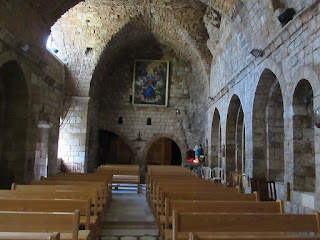 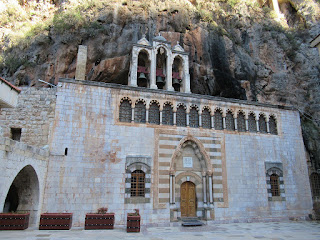 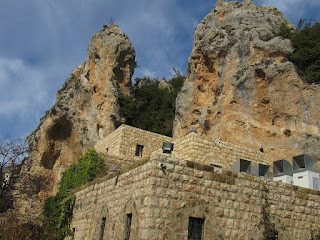 And finally, a very special place for me...to pay tribute and celebrate personal memories -- Bcharré, the birth and final resting place of Lebanese painter, philosopher and poet Khalil Gibran (1883-1931), whose seminal work The Prophet (1923) is said to be the third best-selling book internationally of all time.  At our wedding in 1977  my late husband and I incorporated Gibran's piece on "Marriage" from The Prophet in our ceremony, as did many marrying couples of that era.

Gibran was born in Bcharré and spent  his first 12 years there, but spent the rest of  his life in the U.S. (Boston and New York).  Nevertheless, he always wanted to return to Bcharré, and especially to this site, a monks' hermitage that dates back to the 7th century CE.  He never fulfilled that wish, but when he died, his sister bought the property (by then owned by Carmelite nuns), and entombed him there, creating a museum that also contains some of his furnishings and many of his paintings.  You're not supposed to take pictures, but I snuck in some, anyway. 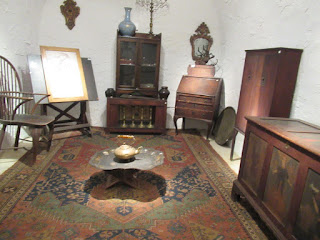 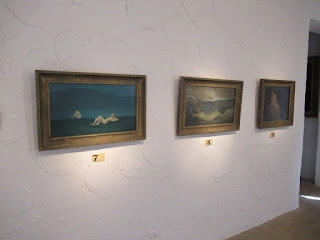 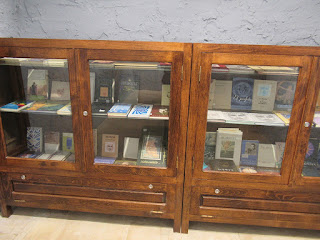 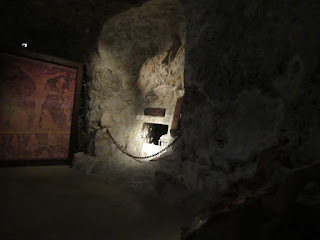 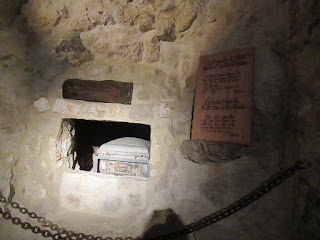 ***
En route back to Beirut, my final lesson in Lebanese affairs from my guide Rabih was about the exquisitely canny government government corruption that is destroying Lebanon from within.  For example -- and this I heard from others, as well -- in order to do business in Lebanon, you meet with the appropriate minister, who will then ask how much of the company he'll own, and which of his friends and relatives you'll hire.  Perhaps needless to say, businesses are inclined to go elsewhere.

Another example:  We passed bulldozers and other heavy machinery along the highway that were picking and shoring up after the side of a hill  had collapsed.  Except, according to Rabih, this happens every winter because it's not just a "hill"-- it's a quarry.  A profitable quarry that the interior department (which is supposed to protect the environment, not destroy it) excavates to sell the limestone.  The government burns the trees to gain easier access to the rocks, tells the public that the fires were caused by the summer heat/dryness/cigarette, etc., so then in the winter with the rains and snow, the hills fall down. 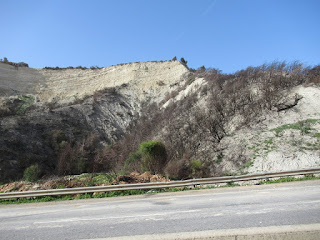 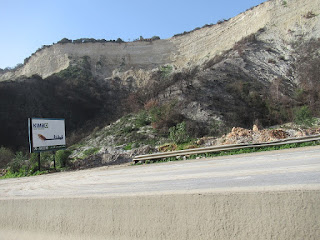 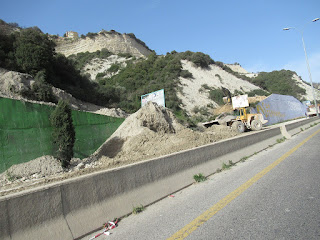 Brilliant.  Devilish.  Get rich while destroying your country.

As I said at the beginning...Lebanon is  not easy to explain.  Thank you to all who tried, including my wonderful tour guides and drivers, brothers Rabih (left) and Zidai... 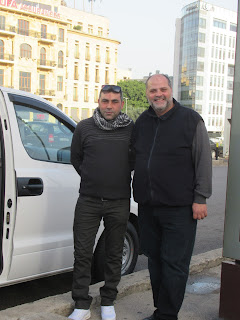 and all the other kind, thoughtful, and welcoming Lebanese I met.